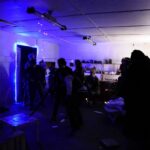 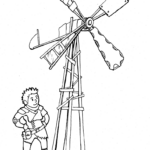 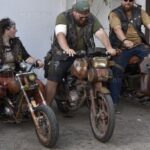 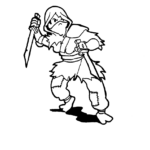 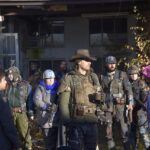 The Sunfall ruleset is divided into several sections, each highlighting the different aspects of living in the city of Wonderland. This chapter focuses on the rules for radiation and ways to stop Its effects on your character.
These rules cover the effects of radiation on your character, the different types of anti radiation medicine, and a few words on diseases in the wastelands. It also offers some insight into basic level mutations, caused by high levels of radiation.

The horrors of the wasteland
The citizens of the wastelands are exposed to a hundred potential horrors every day. Raider attacks, social injustices, assault, theft, murder just to name a few. All these things, they generally see coming.
But there are more insidious threats awaiting the unwary wasteland traveler. Radiation, poisoning and disease are bigger threats in a post apocalyptic world, where an easy cure is a thing of the forgotten past, and an infected flesh wound can be life threatening.
The first and most important of these threats is the ever present threat of radiation poisoning.
Background radiation varies, but is always something to consider if you want to survive long term. Therefore, several groups in Wonderland produce “medicine”, promising to clean your body from the radioactive particles, stave off further contamination or even clean you of radiation entirely with miracle cures.

Radiation
In Wonderland, once game time commences, your radiation level increases by the hour.
The exact level may vary, depending on where you live, how much time you spend outside unprotected, whether you undertake work in dangerous locations etc., but most people need to take between one and three anti-radiation pills per day to stop their rad levels from rising too
fast. Ignoring your radiation meds is potentially a very risky decision, as you could become dangerously contaminated within a few days. Therefore, the Wonderland Agency of Radiation
We recommends that all citizens take at least one pill per day.

Radiation poisoning
At higher levels, your radiation poisoning or “Rad-level”, will begin to have negative side effects and you may begin to feel nauseous, show physical effects such as paleness, blotches of sick or mottled skin or at very high levels, vomiting and physical deformities.
At very high levels, you may even show gradual mutations, as your body slowly deteriorates from continued exposure.

There are four levels of radiation for citizens of Wonderland:

Green
The lowest level of radiation encountered in the wastelands. At this level, you are able to go through a normal day without any greater difficulties, and no noticable effects of radiation poisoning. You’re healthy by wasteland standards. A very few wasteland citizens will begin the scenario at this level.
Yellow
At yellow levels of rads, you will begin to feel the effects of radiation poisoning, mostly
headaches and loss of appetite. In very few cases, you may experience vomiting or
disorientation. This is the most common state to be in for citizens of the wasteland at the beginning of the scenario.
Red
Once you get to red radiation levels, you need to react immediately or risk serious damage to your body. In addition to the previously mentioned effects, you will be feeling weak, disoriented and may find yourself on the warning lists around town. Some wasteland citizens will be at this radiation level as the event begins.

Rad-Away
More rare (and more expensive) than Rad-Ex, these pills have the same effects as two Rad-Ex pills, and in addition lower your radiation poisoning one full level. Taking more than one pill at the same time has no further effect on your rad level.

Purelife
The rarest type of anti radiation medicine, these much sought after pills halt radiation effects for 24 hours, and lower your radiation poisoning two full levels. Taking more than one pill at the same time has no further effect on your rad level.

Disease
In the wastelands, nothing is as easy as it was in the civilized world. An infected wound can kill you as reliably as a bullet, and a bad flu can mean weeks in bed if you are unlucky. Because of this, the people of Wonderland fear disease, just as they fear radiation. Many still remember the “Nova Plague”, a particularly nasty strain of disease that caused the city of Nova to fall more easily to the invading forces of Blue Oil some years ago.
From time to time, diseases take hold in the population of Wonderland. During such times, depending on the disease, quarantine procedures may be enacted. These procedures give the council the power to cut off parts of the city until the disease is under control, or to restrict movement between sectors for a limited amount of time.

Mutation
If your character reaches red level radiation poisoning, you run the risk of
spontaneous mutation. These mutations are usually disguisable, and may include scaly or blotchy skin, webbed fingers or toes, and other cosmetic mutations.
Stories of more outrageous mutations are told, but these are rarer. In almost all cases, such mutations are purely cosmetic, and offer no great benefits to their bearer.
In general, mutants are seen as a lower class of citizens at Wonderland. They often have to pay more for things, they are exposed to (more) violence and hate crimes than others, and have a tough time making a living as a consequence of other citizens considering them dangerous or
simply disgusting. Before deciding to play a mutated character, please consider if you want the hassle of playing one for an entire event.

We use cookies on our website to give you the most relevant experience by remembering your preferences and repeat visits. By clicking “Accept All”, you consent to the use of ALL the cookies. However, you may visit "Cookie Settings" to provide a controlled consent.
Cookie SettingsAccept All
Manage consent